Kitty: Queen of the Washhouse 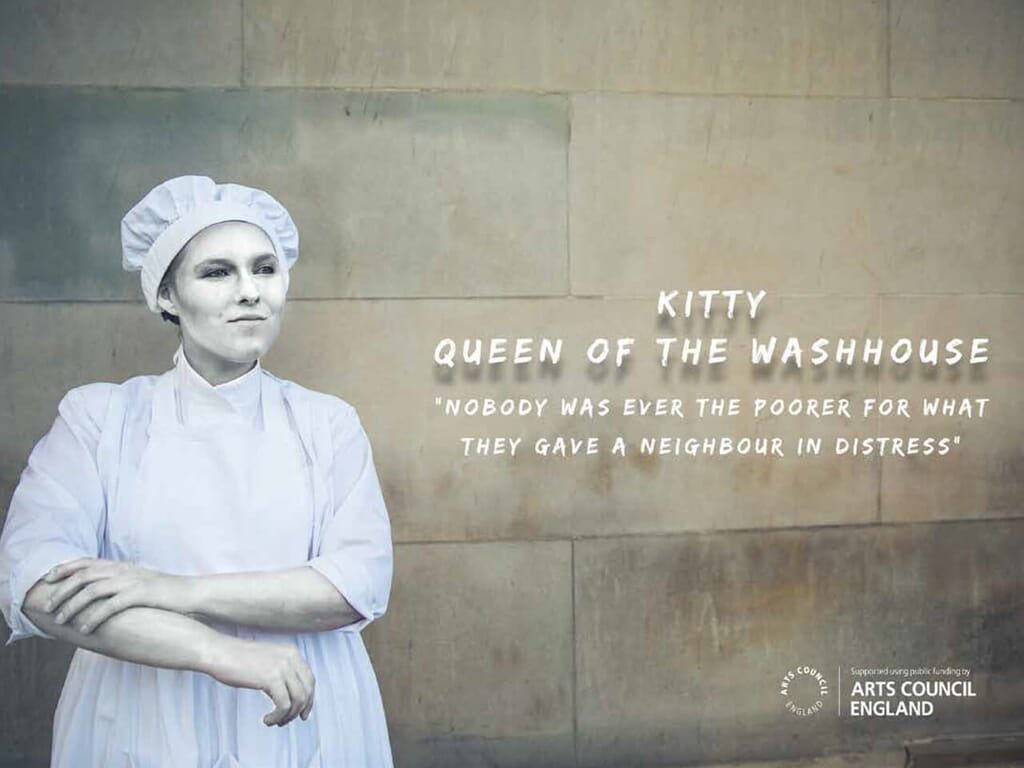 About Kitty: Queen of the Washhouse

The play “Kitty: Queen of the Washhouse” is one that celebrates one of our own famed Liverpudlians, Kitty Wilkinson (1786–1860), whose community efforts for public hygiene helped stem the outbreak of cholera, leading to the opening of the first combined washhouse and public baths in the United Kingdom. A pioneer that many people know of but may not comprehend her dramatic life story. It highlights the importance of working within a community in a time when more and more people are becoming socially isolated. Technologically, we can connect with people on the other side of the world, yet we sometimes don’t talk to our closest neighbours.

In 2019 the play was performed in Liverpool selling out 1000 seats at the Grade 1 listed St Georges Hall then followed a tour of primary schools,
including St. Vincent de Paul (the site of her original washhouse) and Broad Square – to over 650 primary school pupils, and a rural tour of Shropshire to 1,500. We engaged with 45,000 people online through our social media platforms.

Just before the Covid pandemic outbreak, the play was staged again in March 7th 2020 at St Georges Hall and once again sold out. In response to the emergency we recorded a public health message that promotes the important messages about hand washing and social distancing using our Kitty character.

Culture Liverpool commissioned an outdoor performance of the play as part of their #WithoutWalls project, but this is currently on hold until further notice.

This play will appeal to those who want to celebrate the life of a strong female character, it is suitable for all, from children aged 7 and above, right up to adults.

The Kitty: Queen of the Washhouse Story

Join ArtsGroupie this summer at the Sir Ken Dodd Performance Garden at Shakespeare North Playhouse as it presents its acclaimed play KITTY QUEEN OF THE WASHOUSE. This powerful one-woman performance by SAMANTHA ALTON (Weave) transports you back to 1830s Liverpool to tell the story of Irish immigrant Kitty Wilkinson whose pioneering approach to public hygiene helped stem the city’s 1832 cholera epidemic. The play, first performed at St George’s Hall to a sell-out audience in 2019 and again in 2020 was written by JOHN MAGUIRE (The Liver Bird) and is directed by MARGARET CONNELL (Forgotten Voices).  Incorporating music and song as well as creative visual effects the audience is immersed in Kitty’s life story, invited to explore the political and social climate of the period, and to celebrate a truly inspiring female hero.

The piece is told by Kitty’s statue, come to life as a friendly ghost. It is a highly animated portrayal and physical performance, as Kitty relays her fascinating ‘against all odds’ story of how she has become the only female statue in St George’s Hall.
The audiences will leave with Kitty’s “I can” philosophy. They might also accept her challenge to help get more female statues in St George’s Hall and gardens!

History lovers, local, national and international, feminists, those from Irish backgrounds and Liverpudlians will all have a natural connection with this theatre piece.

We want people to feel like they understand how Liverpool was in the 1830s. We want them to feel like they have totally immersed in Kitty’s life story and have a deeper understanding of the political, social climate she lived in. We want them to feel inspired at how Kitty kept on going when faced with adversity. We want her resilience to serve as a catalyst to inspire people to be the best version of themselves and to take a little bit of Kitty’s attitude away with them from the evening.

“It’s not just HIS story it’s also HER story.”

Our aim is for Kitty to be the first of a series of historical ‘scouse’ women based plays, whose life stories will be retold to new audiences. Each tale demonstrating the extraordinary strength of these women and their impact on our society.

Kitty was last staged on March 7th 2020 to two sold out performances. An outdoor version was due to take place on the steps of St Georges Hall commissioned by Culture Liverpool, as part of their #WithoutWalls project. It was scheduled to be performed on 31st October. However the production has had to be postponed due to the Covid pandemic, but will be staged early Spring 2021.

Find out more about ArtsGroupie Plays and Kitty’s past performances:

Our Kitty is coming home. Tickets are now available for two performances at St Georges Hall, L1 on October 9th. 3pm and 7.30pm.

Book Your Tix for October Now

Sign up for updates and we’ll let you know when there’s more news: 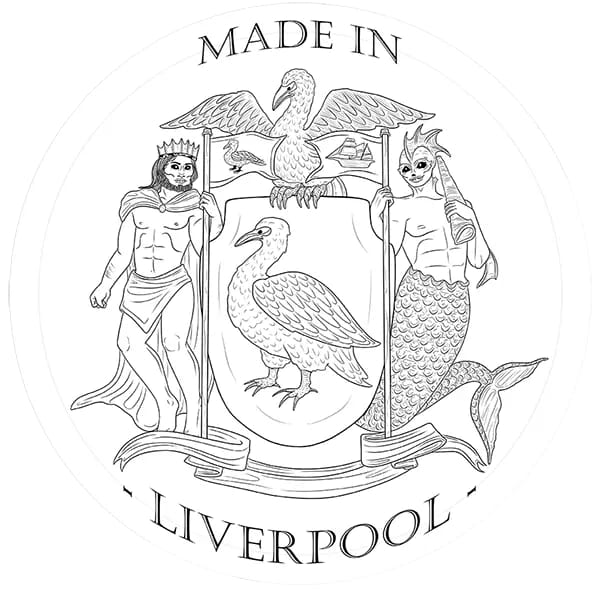 COPYRIGHT © 2022. ALL RIGHTS RESERVED. ARTSGROUPIE CIC, Company No: 11642892 | Website built and designed by Here’s the Cavalry | Reproduction or use of any image is prohibited

This website uses cookies to improve your experience while you navigate through the website. Out of these cookies, the cookies that are categorized as necessary are stored on your browser as they are essential for the working of basic functionalities of the website. We also use third-party cookies that help us analyze and understand how you use this website. These cookies will be stored in your browser only with your consent. You also have the option to opt-out of these cookies. But opting out of some of these cookies may have an effect on your browsing experience.
Necessary Always Enabled
Necessary cookies are absolutely essential for the website to function properly. This category only includes cookies that ensures basic functionalities and security features of the website. These cookies do not store any personal information.
Non-necessary
Any cookies that may not be particularly necessary for the website to function and is used specifically to collect user personal data via analytics, ads, other embedded contents are termed as non-necessary cookies. It is mandatory to procure user consent prior to running these cookies on your website.
SAVE & ACCEPT